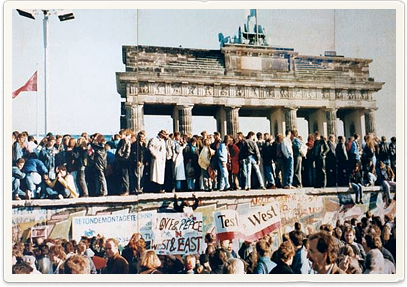 There is still debate today as to exactly when the Cold War started and finished. There is even more debate about why it started and finished. And even about who won! What cannot be denied is that Soviet control over Eastern Europe began to collapse in the late 1980s, and by the early 1990s it was all but gone. There are a number of key players who are connected to these events, most notably the Soviet leader Mikhail Gorbachev and the US President Ronald Reagan. But what role did ordinary people play, especially the ordinary people of Eastern Europe, and especially East Germany and East Berlin. In this section we will examine these key players and their legacies.

There are two activities, which teachers are encouraged to integrate within their existing schemes of work. If you would like to integrate any resources into your lessons without using the activities suggested here, you can also go straight to the resource bank to search or filter all videos, images, activities and more within the entire LGfL Cold War resource (coldwarresources.lgfl.net).