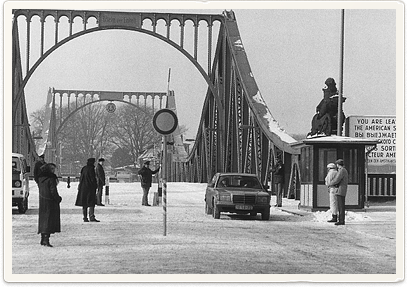 A major Cold War milestone was the defection to Russia of British intelligence agents Guy Burgess and Donald Maclean in 1953, and Kim Philby in 1963. They had been passing secrets to the Russians for years in a terrible act of betrayal. Their stories still inspire spy novels today.

Another milestone was the swapping of spies by each side, which usually took place at the Glienicke Bridge, later renamed by the media as the 'Bridge of Spies'. The bridge was a strategic position for the Allies, located between West Berlin and their military liaison centres in Potsdam. In May 1952, the East German authorities closed the bridge to the West. After the building of the Berlin Wall, the bridge was closed to East Berliners too.

On 1 May 1960, a U-2 spyplane was shot down over Soviet territory after carrying out an intelligence-gathering mission. Its pilot Francis Gary Powers was captured, put on trial in Moscow, and found guilty of espionage. In 1962, he was finally freed on the Glienicke Bridge in exchange for Russian spy Colonel Rudolf Abel who had been captured by the Americans.

The last exchange of spies took place there in February 1986. 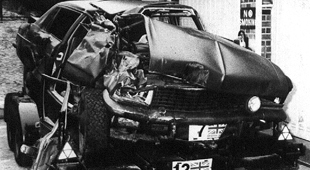 Brixmis rammed and shot at 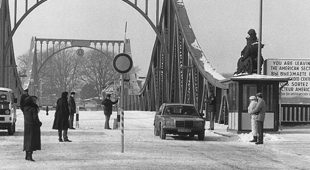 Frederick Forsyth - What did spying on Russia achieve?

Fred Judge - What was the most important information you uncovered?