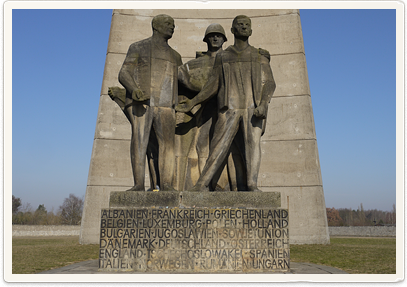 One person's propaganda is another person's truth. This is the dilemma that every historian has to contend with when analysing evidence from different points of view. The USSR and the USA/UK had very different views on every aspect of the Cold War, and in order to get to the 'truth', a historian must attempt to view every piece of evidence with an objective eye, in as full a context as possible, as part of the bigger picture – this applies equally to both sides (so a Western researcher must be careful not to believe everything from the West and not to cast suspicion on everything from the East, and vice versa).

This issue is explored in Activity 3 and Activity 4 of the Berlin curriculum materials, in the context of the former Stasi prisoner.

If you view the videos in the next tab, you will see examples of videos that our historians have wrestled with in the context of the Cold War and this resource. How could a political prisoner in an oppressive regime not be concerned about the Stasi? How could anybody growing up in East Berlin not see it as a difficult or oppressive place to live? Or are those questions themselves simply evidence of our Western bias. Perhaps they swallowed the propaganda… Or have we? That is part of what makes the role of the historian both challenging and exciting.

Another interesting issue which arose during this project surrounded the use of Sachsenhausen Concentration Camp / Soviet Special Camp between 1950 and 1955. The camp was of massive propaganda importance to both sides during the Cold War, with quite differing messages. The West focussed on atrocities committed by

the Nazis, but also on the cruel conditions maintained afterwards as a Soviet Camp and then for Stasi prisoners. For Russian and GDR officials, it was a classic example of Russian heroism and the courageous battle against the Nazis (contrasted with the behaviour of the West), and Soviet and Stasi use was either denied or simply not mentioned.

Even today, the site's history remains controversial: there remains disagreement over the extent to which Jews were exterminated at the camp, and even official Berlin historians disagree on whether it was used for Stasi internment between 1950-1955. In fact, Dr Helen Fry was not even allowed to talk to camera on location about certain aspects of the site's history!

But what/whom can we believe? Is one side correct and the other false? Are both viewpoints idealised? The historian always has to face such dilemmas, which cannot always be satisfactorily resolved. Here as ever, access to primary-source material is vital, yet as in this case, not always accessible.

Sachsenhausen and the Cold War

Understanding how Sachsenhausen has been used for propaganda

What was it like to grow up in the GDR?