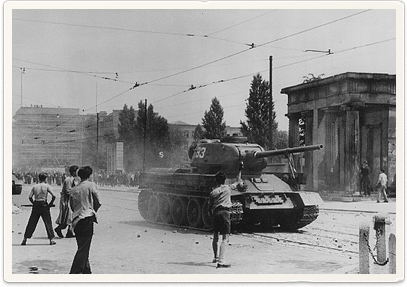 At the beginning of the Cold War, Europe faced economic crisis. There was a shortage of basic essentials like fuel, bread and other food. British Prime Minister Churchill believed that such poverty would be a breeding ground for hate.

European countries owed over $11 billion to the USA, with little way of paying off the debt. US President Truman dispatched General George Marshall with a financial rescue plan to offer $17 billion from a fund called Marshall Aid. Eastern Bloc countries could apply to the Marshall Aid for financial help.

Stalin became suspicious because the fund could create new trading markets for the USA if the Eastern Bloc countries used the money to buy US goods. He believed that the Americans were driven by self-interest rather than a genuine kindness towards a struggling Europe, and that they would gain too much influence and make East Europeans dependent on US dollars. Stalin saw the US offer as part of an anti-Communist policy to prevent Russia controlling the Eastern Bloc. 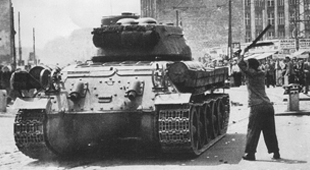 Why did Russia blockade Berlin?

What was the Marshall Plan?