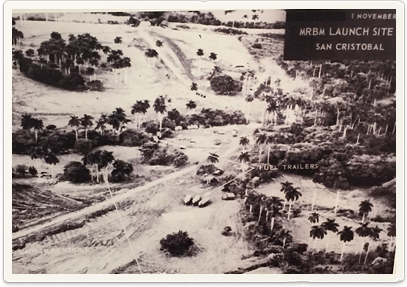 Prior to 1959, the USA had investments and troops stationed in Cuba, but in 1959, Fidel Castro led a revolution and took power by force. He asked for economic assistance, but the US refused, so Castro brokered a deal with Soviet leader Khrushchev instead.

In April 1961, the USA backed exiled Cuban rebels who tried to invade Cuba at the Bay of Pigs. The invasion failed, largely because it was not backed up by the US Air Force, but now it looked like the USA was a threat to Communist Cuba. As a result, the USSR stationed nuclear missiles on Cuba to defend its ally.

In response, US president Kennedy ordered US warships to blockade Cuba and prevent further nuclear missiles being transported there from the USSR. The thirteen tense days of the Cuban Missile Crisis took the world to the brink of nuclear war and marked one of the most tense moments of the Cold War.

Fred Judge - What was the Cuban Missile Crisis?