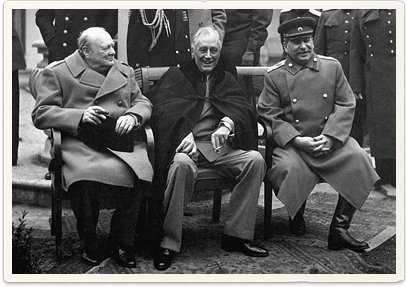 The 'Big Three' – leaders Stalin, Roosevelt and Churchill – met at Yalta from 4-11 February 1945 to discuss the future of Germany after the end of the Second World War. Stalin's army had reached the River Oder and were ready to attack Berlin. The advance of the Soviet army was halted while the conference took place. Stalin now had the largest army in Europe and was a power to be reckoned with.

An agreement was reached three months after the end of hostilities with Germany whereby Stalin accepted that France would be one of the four powers; that post-war Germany and Berlin would be divided into four zones of occupation; that Poland would receive land from Germany and cede territory to the USSR in the east; and that the USSR would declare war on Japan.

Stalin promised free elections in the Eastern bloc occupied by Soviet troops. Germany would be required to pay reparations of $20million, half of which would be paid to the USSR. Inherent in the Yalta Conference were the seeds for later problems between the USSR and the West: Stalin's understanding of free elections was not as democratic as the ideas of the West. 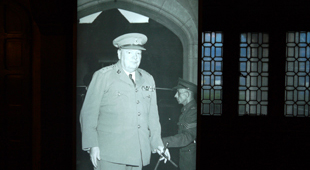 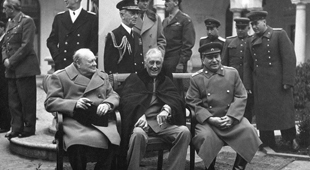