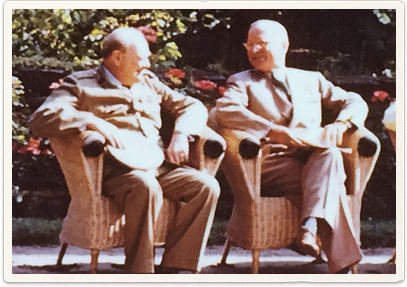 With the decline of the British Empire in the twentieth century, the United States of America emerged as one of the two superpowers in the Cold War. This did not prevent Britain and the USA from having an exceptionally strong relationship, with close diplomatic and military cooperation. They cooperated on defence, nuclear strategy and the nuclear deterrent.

Publicly, they were a strong coalition because they stood united against the threat of the Soviet Union. The USA could rely its British ally to be faithful to the united cause of preventing the spread of Communism into the West.

That did not mean the relationship was without its strains and differences, but Britain acted as a vital bridge between the USA and Europe. Winston Churchill was the first leader to coin the phrase 'special relationship' to describe Anglo-US Cold War cooperation. 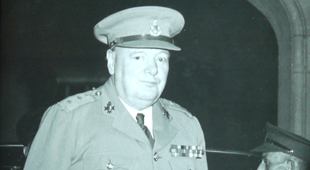 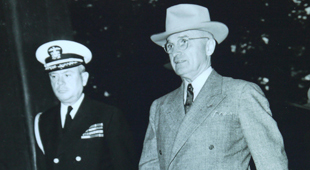 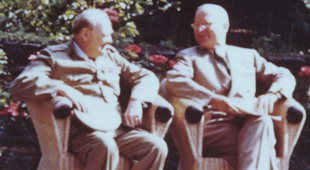 Churchill and Truman with Stalin